When more than one particle is discussed in physics, the sum of those particles is considered a system. 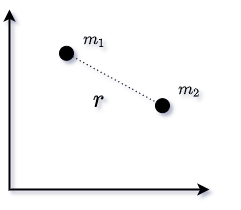 As a result, you can easily solve the dynamic condition of the system mathematically.

Position vector of center of mass for two particles 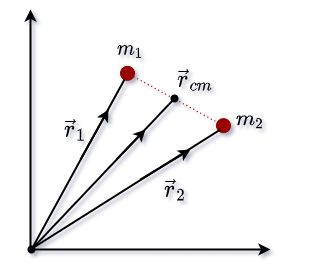 If the center of mass is located at the origin of the coordinate, then the position vector will be a null vector. That is

You can see in the image below that r2 is located on the opposite side of the origin. For this reason, r2 is negative here. 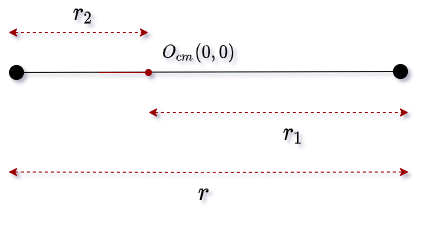 Velocity of center of mass

Force on the system

When you will discuss the motion of more than one individual particle. In that case, two types of forces will work in the system.

Suppose here if N particles are taken. Thus the product of the total mass of a system and the vector acceleration(acm) of the center of mass is equal to the vector sum of all the external forces acting on the individual N particles of the system.

When no external force acts on the system

If the external force on the system is not applied, the acceleration of the center of mass will be zero and the velocity will be a constant vector.

The internal force on a particle depends on its physical properties. When more than one charged particle is taken, the Coulomb force acts between them.

If you calculate the total gravitational force in the case of these two particles, you will see that the total force will be zero.

In exactly the same way if n particles are taken. Then the total internal force of the system will be a zero vector.