Hey, Physics Thinker In this tutorial we will discuss an important concept which is Zero Acceleration. You need to understand what effect a particle has on its motion when it moves at zero acceleration.

Before reading this tutorial, we have an important request for you to always try to feel every concept of physics practically. Which will increase your interest in physics.

What is Zero Acceleration?

Since acceleration is a vector quantity, acceleration must always be expressed in the form of a zero vector. That is, you don’t have to just write zero here, you have to indicate with an arrow above zero. And this is the rule for writing zero vectors. For example

Theoretically, when a particle moves in constant velocity, there is no change in velocity with time. Then its acceleration is called zero acceleration.

Mathematically, since velocity is constant then the first time derivative of velocity will be zero which indicates the acceleration of a moving object.

Since the total acceleration of any moving particle is zero. Then the total applied force on the particle will be zero.

According to Newton’s first law, if the total applied force on a moving particle is zero, then the particle is along a straight line with constant velocity.

You understand that the velocity of a particle will be constant for zero acceleration. That is, there will be no change in the value and direction of velocity over time.

Mathematically, if we express the value of velocity, we can see that velocity becomes a constant value. Notice the following equation

Graphically, since velocity is constant over time, the v-t graph will represent a straight line parallel to the time axis.

And the slope of velocity and time graphs will always represent acceleration. If you look at the image above, the slope will be zero.

Based on this concept many may think that the force of any system will always be zero, but no. Because force does not mean the product of mass and acceleration. You can use this concept where the mass of the system or particle is always constant.

According to Newton’s second law of motion, the total applied force on a system or particle will be equal to the rate of change of momentum.

In this case, the mass of the system is kept constant. Then the total force of the system will be equal to the product of mass and acceleration.

You always use this equation. Since the mass of the system is constant, that is, if the acceleration is zero, the total applied force on the system will be zero. Notice the following calculation

In fact, there are many systems whose mass changes with the speed of the system. This type of system is called a variable mass system. Such as gas balloons, rockets, etc.

1. In the case of zero acceleration, will the change of momentum always be zero?

No, in the case of constant mass the change in momentum of the particle will always be zero. However, when the mass of the system is variable, the change of momentum will not be zero.

2. Below you are given a velocity and time graph. You look at this graph and tell where the particle acceleration will be zero? 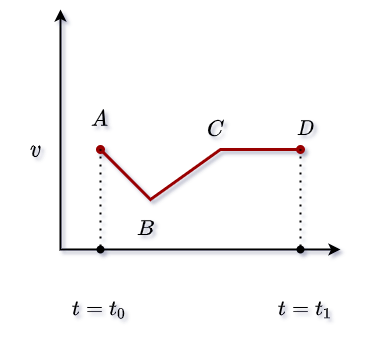 3. What will be the relation between time and displacement in the case of zero acceleration?

Here m is the constant velocity. And you could prove the relationship between this displacement and time in the opposite way.

In this case, velocity is constant. So if you integrate velocity into the respect of time, a relation will be created between displacement and time which will represent zero acceleration. So, look at this calculation below

So, if you draw a graph based on this equation, it will be a graph 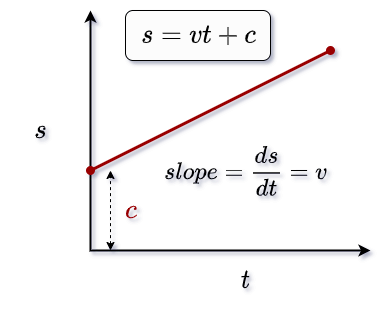 4. A simple question is what will be the acceleration and time graph? 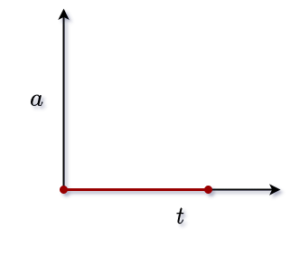 When a particle moves uniform velocity, its acceleration will be zero. That is, the velocity of a moving particle will not change as it increases over time

Many students have misconceptions about this concept. Of course, it has been discussed in depth so that you do not have any difficulty in understanding. I hope you understand the impact of acceleration on other dynamic physical quantities.