Computational physics is a combination branch of physics, mathematics, and computer science where complex mathematical problems of physics are solved very subtly with the help of computational power. 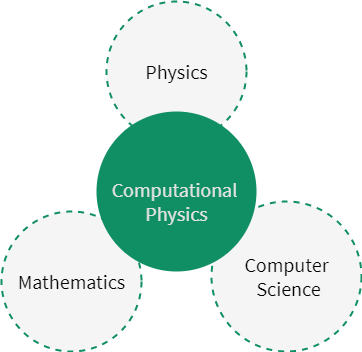 1. In theoretical physics, there are many complex problems that cannot be solved analytically. For this, a lot of data is used to solve complex problems which are very difficult to solve with pencil and paper.

2. You have seen that there are some problems in physics that cannot be determined with an exact solution. In this case, the problems are solved by taking approximately value.

3. You all know that experimental physics is expensive and conditional. For this, experimentation in physics is not always possible.

4. There are some limitations to the theory of physics. Which cannot be solved analytically.

Mainly, for the above four reasons we use computational power to solve complex problems of physics.

Where Computational Physics is Used!

Computational physics is more commonly used in astronomy and astrophysics. This is because in this case, a mathematical model is made with a large amount of data, and from it, accurate results are determined using computational processing power.

How to solve computational physics problems?

Complex physics problems are not solved by direct computational power.

And then the output is determined by executing a computer program for the simplified mathematical model.

What is a computer program?

Computer is a general-purpose machine. Which is made up of a combination of hardware and software. 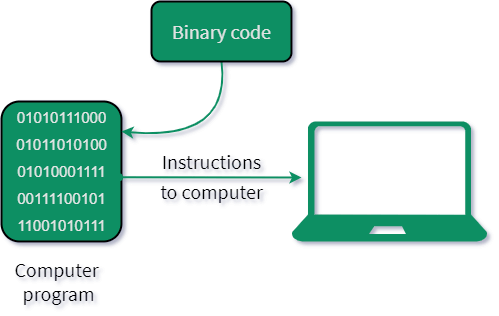 For this reason, sum of the written instructions is always converted to binary code. And this binary code is called machine code or object code.

Computer programs written in binary language are not written by humans. Because at present it is very difficult to write programs in binary code. And the question that comes to your mind is, “In what language do people instruct computers?”

There are some man-made languages ​​for instructing computers that hardware does not understand but people understand, we call them programming languages. Such as Java, Python, Assemblies, C, etc.

Since binary code is called object code or machine code. In the same way, code written by people with the help of different programming languages ​​is called source code.

What is a translator program?

Before discussing concept of this translator program, let me tell you a story.

Suppose you are a resident of USA and have traveled to China. And ordering burgers from a local store. But, the shopkeeper does not understand your language.

And someone else noticed your difficulty and helped you buy a burger, who knows both English and Chinese. And converted your language English to Chinese.

A translator program that converts a program written in assembly language into a machine language is called an assembler.

A translator program that converts source code into object code is called a compiler. And the compiler translates all the programs together. 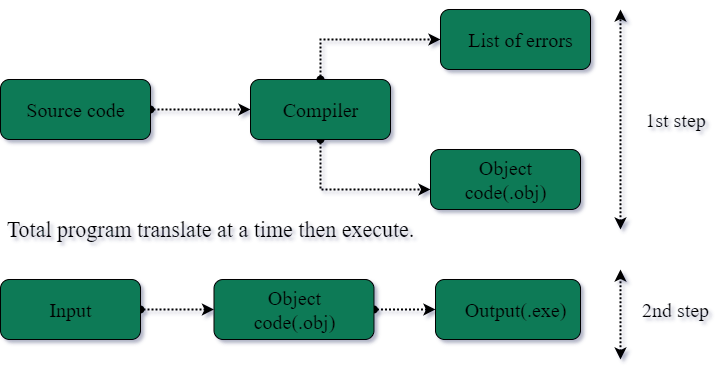 The interpreter also converts the source code into object code. However, the interpreter translates all the programs line by line without translating them all at once.
And in this case, the execution takes more time than the compiler.

Which programming languages ​​are used for computational physics?

Technology is changing very fast at the present time. Over time, artificial intelligence and data science are evolving and strengthening very quickly.

Due to the implementation of artificial intelligence, data science, it is possible to solve real-life computational physics problems in a subtle way.

Python is the best programming language to solve computational physics with the help of artificial models.

But, using python for computational physics is the best practice. And there are some important reasons to use Python which are discussed below.

Why learn python for computational physics?

Python is currently the fastest-growing high-level, object-oriented interpreted programming language. And the use of Python for important features is increasing day by day.

You can learn Python more easily than any other programming language. Because Python’s syntax is similar to Ordinary English. And you can understand by looking at Python’s syntax.

For example, with the help of Python, you can print your name. In this case, the print build-in function is used.

Print is an ordinary English word which means you all know.

And if you write the above code in Java, c, and c++ then you have to write more than one line of code. E.g.

In Python, you don’t have to write as much code as other programming languages ​​to perform any task.

Python is a high-level, object-oriented, and interpreted programming language.

For Python interpreted programming language, Python’s code will be converted to object code with the help of interpreters.

And the interpreter line by line executes Python code.

Python runs very easily on different platforms to become an open-source programming language. Such as Windows, Linux, and Mac, etc.

You can also easily run Python code on any platform without any changes to any other platform.

And there is no need to write different code for different platforms.

Python has many large standard libraries. And in which there are different packages and modules present to perform different tasks. Such as numpy, scipy etc.

There is also a web framework stored in this library. Such as Django, flask.

And numpy and scipy are two very important packages in computational physics. Because it contains all kinds of scientific calculations.